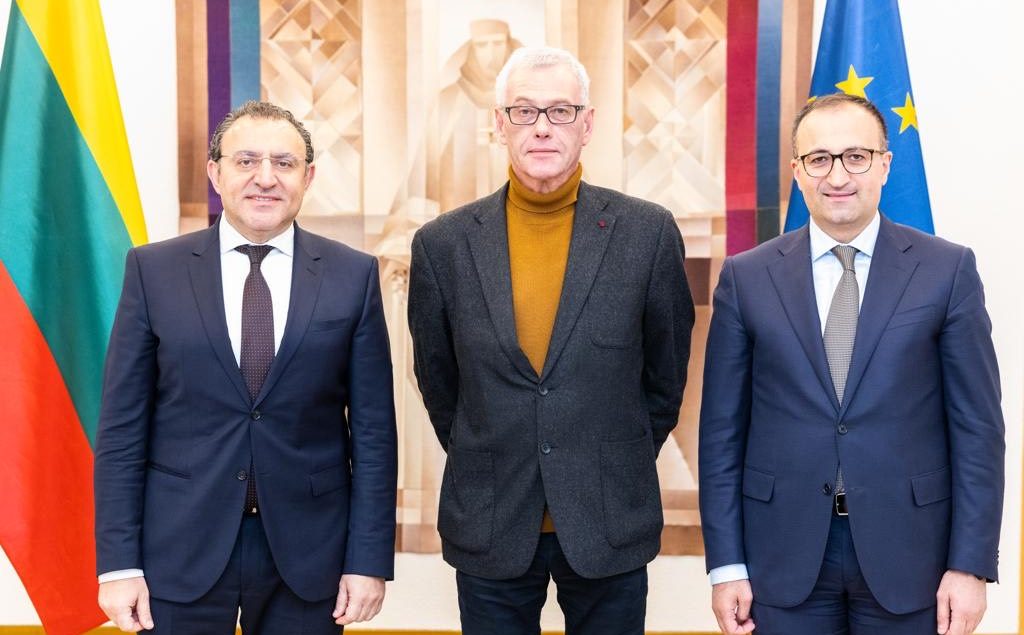 Certain developments regarding the geopolitical prospects of Armenia have been observed in the public opinion and among the political elite in the country. Namely, Armenia tends to bend more towards the West rather than Russia. In this context, on 18 November 2022, Prof. Raimundas Lopata, Head of the Seimas Group for Inter-Parliamentary Relations with the Republic of Armenia, met with Arsen Torosyan, Head of the Armenia-Lithuania Friendship Group of the National Assembly of the Republic of Armenia, and Karapet Babajan, Armenia’s Honorary Consul in Lithuania.

Mr Torosyan thanked the Seimas Group for its statement condemning Azerbaijan’s military offensive against Armenia on 13–14 September 2022 and noted that this development had caused an increasing frustration and disillusionment with Russia, its passive stance and lack of military support regardless of Russia’s long-lasting positioning as a guarantor of Armenia’s security.

Prof. Lopata welcomed the pronounced deeper shift in Armenia’s public opinion on the country’s prospects, relations with Russia and the West, and noted that Lithuania should take the leading role in this situation, which could change Armenia’s geopolitics. Mr Torosyan supported Prof. Lopata’s initiative to set up a network of groups for inter-parliamentary relations with Armenia established and working in the Parliaments of the European countries. ‘I believe, Lithuania could spearhead this effort,’ Mr Torosyan said.

Mr Torosyan was also interested in the 3+3 (Baltic and Caucasus) cooperation format proposed by Žygimantas Pavilionis, the newly elected Chair of the Seimas Committee on Foreign Affairs. In the words of Mr Torosyan, ‘We must take advantage of the similarities and differences between countries for the purpose of the transformation of Armenia’s geopolitical vectors.’ Mr Torosyan also invited Lithuanian parliamentarians to visit Armenia.

Prof. Lopata informed Mr Torosyan about the situation concerning the Armenian Apostolic Church in Lithuania. Not only is the bishop of Armenia to the Baltic States moving to Lithuania, but also the land plot for the construction of the church in Vilnius has been selected and the entities in charge of the construction have already been identified.

‘Apart from its perennial and enduring support to Armenia, Lithuania is also on the lookout for international allies with the view to reinforcing the lines of support for the Armenian people in their fight for territorial integrity,’ Prof. Raimundas Lopata said.